How To Cope With A Cancelled Flight 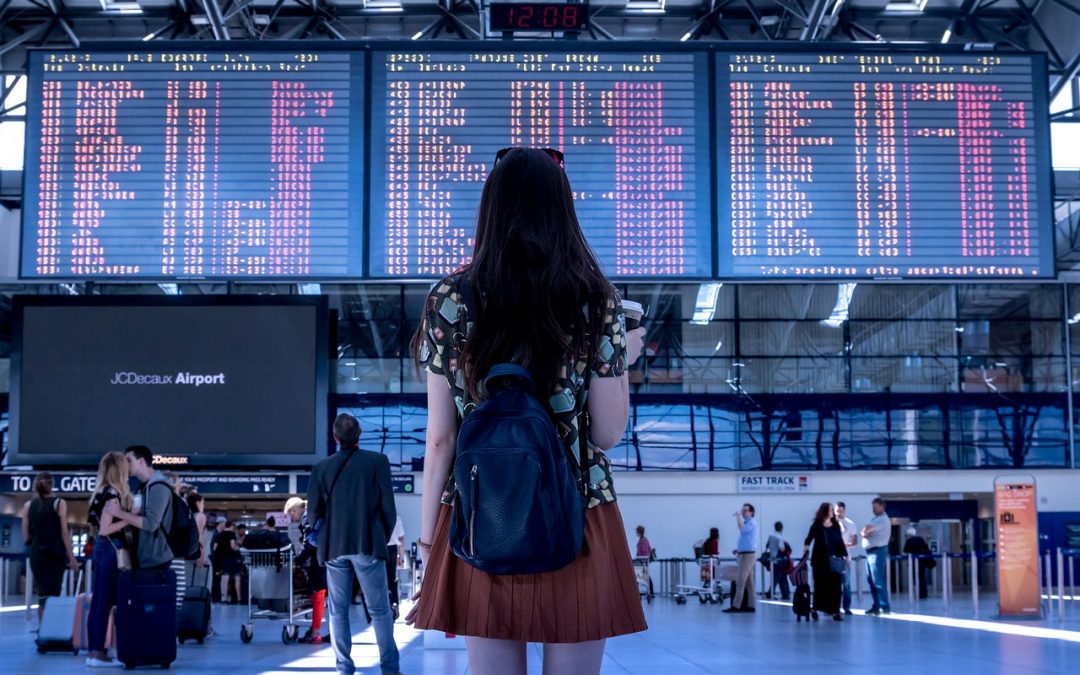 The Importance of Clear Communication

On Wednesday this week I was supposed to be on an Emirates flight to Dubai, to co-host the 2 day Professional Speakers Academy meeting over there, with my cohort – Deenita Pattni.  Well that was the plan anyway, but things didn’t quite work out that way.

The flight was cancelled.

Now, here’s the thing.  Emirates knew at 9pm that the flight was being cancelled.  And they didn’t say anything.

What Happens Without Clear Communication

Imagine the scene – 500+ passengers at Manchester airport, waiting to board, nothing happening and no-one knowing or saying anything about what was going on.  Would you like to hazard a guess at what happened next?

Well, mutterings, Chinese whispers, assumptions first of all.  People grumbling, making up their own minds as to what was going on – filling in the blanks with their own story – “probably overbooked it….they don’t give a damn about their clients….not paid their runway fees….something wrong with the plane”.

Following the ‘grumbling and muttering’ stage, some people were getting very annoyed, and angry and letting that be known in no uncertain terms to the Emirates ground staff.

Understandable feelings, but not going to get you anywhere.  I have always wondered why people are rude and angry with the people who could actually help them.  And, it’s worth pointing out, these are generally also NOT the people who caused the problem.

That behaviour is likely to put you right at the back of the queue. You see, the reason that no-one at emirates had said anything right away, when they knew there was a problem, is that they wanted to solve it before telling anyone.  They were working hard behind the scenes to get hotels booked for everyone, and as (typically!) Manchester was fully booked, they had to spread the net wider to Liverpool and Blackpool.

So by the time they announced the delay – they were also able to tell everyone that they had hotel accommodation reserved which the passengers could take up, or they could return home.  And at this point the communication was very clear, letting us know that we would receive an email telling us which flight we were rebooked onto.

I was on an early morning flight yesterday – which was again delayed by 2 hours, but that’s another story.

And it made me think – observing all these people and how differently some people reacted to others – how easy – and pointless – it is to get angry when things go wrong.

I mean, lets face it, life doesn’t always go to plan does it.  Your soft boiled eggs often come out hard, your parcel doesn’t arrive from amazon on the day you were expecting it, flights get cancelled, people let you down.  That IS just life.  You can’t control it.

The only thing you can control is your reaction – how you allow yourself to FEEL about it.  If you allow yourself to get upset, and you show your anger to those who had nothing to do with it – well that’s a bit like drinking poison and hoping the OTHER person dies.  Anger and frustration which you let linger around, sets off chemical reactions in your body.

If you don’t get rid of those chemicals, they can damage you – and especially if that is a regular pattern you are running.  You have to accept the things you cannot change, and let them go.  Or you change something.  Anger that you hold onto becomes bitterness.  And bitterness is corrosive.

Having said all that – a lot of frustration, anger, misunderstanding, can be avoided in the first place by communicating.  Perhaps Emirates should have said – we are aware there is a problem, this is the problem, and we are working on fixing that right now and will be back to you in 20 minutes, that would have been enough to make their customers feel loved.

The truth was they were working on fixing the problem, but since no-one knew that (because they hadn’t shared it), people were getting annoyed and upset, probably unnecessarily.

A lack of communication creates all sorts of blocks.  Mostly in your own mind. On a trivial level you don’t know what to get someone for their birthday because all they say is, “oh, get me anything”.  But then when you get something you can see in their face they are not loving it!!

On a business level, if you don’t communicate, then your colleagues won’t know that your bit of the project is finished and so they can’t get on with their bit.  Or worse, as a leader in the business, if you don’t communicate clearly, then your team could end up doing what they THINK is right, but may be a disaster.  Or they end up doing nothing – because no-one told them what to do.

So, communication is key.

And if you would like to inspire your organisation to communicate better, then get in touch regarding coaching, speaking or speaker training.