How To Write Your Own Job Description 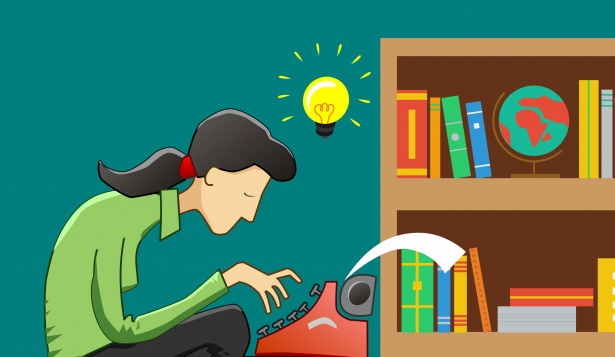 If you wrote your own job description, what would it say?

I was speaking last week at an event up in Preston for the Pink Link Ladies and the subject came up of an event that I regularly host called Grace The Stage.

Now there is often controversy when I run Facebook ads for this event, as it is directed at women who want to be speakers.  Or women who already speak but want to be better.

The opinions of a minority shouldn’t cloud your judgement

We always attract judgment about this.  Not from the majority it has to be said.  But there are always a small percentage of people commenting on the advert – some asking the question “Why do we need events just for women”, others more vocal and less polite! (What is it about social media that makes people think it’s OK to be rude to those they disagree with?).

Anyway, it IS an interesting discussion, isn’t it?

To be fair, the women who ask those questions are probably people who DON’T need a ‘just for women’ event.
Although – it has to be said – men are not banned, but they are not the target audience for this event.

And the reason we continue to hold these events, is because they are full.  Clearly, if no-one wanted a women-only event – no-one would show up!  And the reason they DO show up is that some women feel more comfortable in an all-female environment.

Women are (***generalisation alert***) more likely to be concerned about being judged and also at the same time – quick to judge.  And mostly themselves.

We have talked about this before, but a man will generally go for something whether they are any good at it or not.  I was speaking to someone today (a man) who told me he had run his first event last month, and he had no idea how to do
it.

Well, he learned a lot from that experience and is doing it again in September.  I am sure it will just get better the more he does it.

In the same way – a man will look at a job spec and apply – even if he has very few of the ‘criteria required’.  A woman will generally NOT apply for the job unless she has 100% of the criteria.  In some cases, the root of this is the same reason why some women prefer female-only events.  They don’t want to be judged by or judge themselves by comparison.  They feel less pressure or judgment in a female-only event.

The only person responsible for you is YOU!

This is all PERCEPTION of course.  When you feel people are judging you, often they actually aren’t.  But even if they ARE
– that is absolutely THEIR issue and not yours.  You cannot be responsible for anyone else’s feelings and generally what
people think of you is none of your business (unless they are your nearest and dearest).

Let me tell you who the person is who judges you the most.  Yep – it’s YOU.  And let me give you an example of how I KNOW this is true.

At the aforementioned Pink Link Ladies event, I met some truly awesome incredible women (Coral Horn the organiser amongst these).  However, many of these wonderful ladies had no clue how wonderful they are.

Just like you, maybe, they judge themselves harshly.  They had beliefs around – not being good enough, clever enough, young enough, experienced enough.  Just like those women not applying for a job, they had it wrong.

Fully embrace your strengths within your job description

And listen, who the hell wrote your job spec anyway – you know the one that you think you are not good enough for.  It’s YOUR life.  It’s YOUR “job spec”.  You can rewrite it. Stop holding yourself accountable to people who don’t matter and who probably are too busy with their own self-judgment to be judging you.

Stop holding yourself accountable to the impossibly high standards that you are imposing on yourself.
Re-write your bloody job spec NOW. You ARE already awesome.  Even if you don’t know it yet.

Click the button below for more information on booking Cheryl as a speaker for your event.