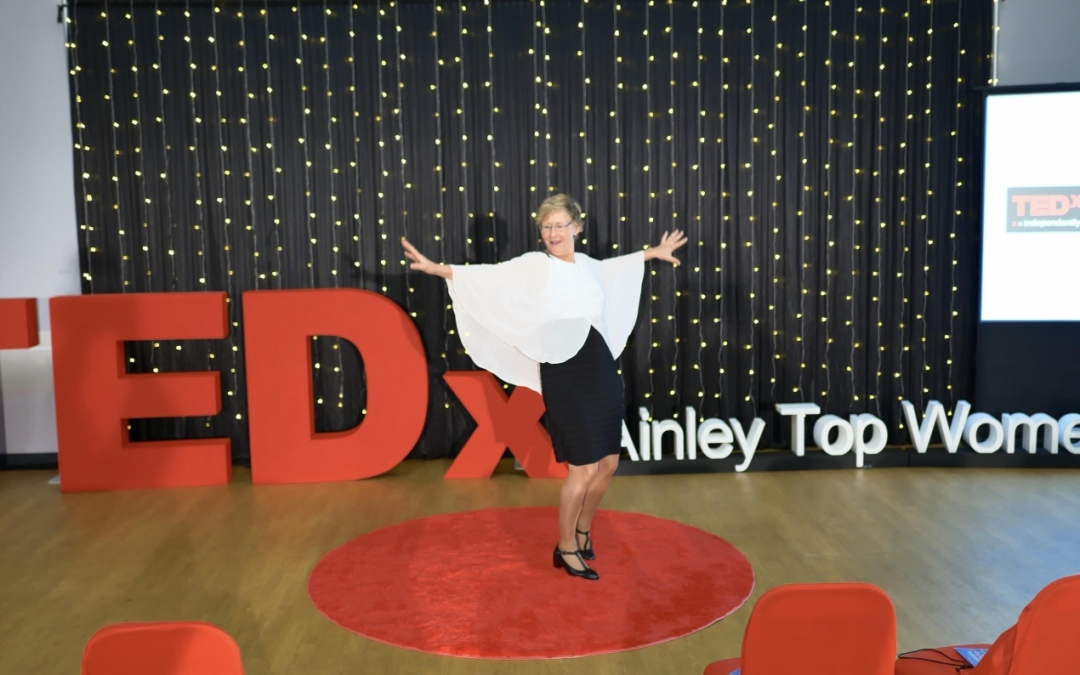 In this “Journey to TEDx” interview I spoke to Suzy Miller, Divorce Strategist, who helps people navigate their way through divorce amicably and at less cost.  If you prefer – you can watch the video of the interview or read the blog below.

“Suzy, how did you find out about TEDxAinleyTopWomen, and why did you want to do the talk and what might have put you off doing it?”

I made a commitment to myself, only in 2019, to do a TEDx, and so when you announced it and said you wanted a video I got over myself about it being a ‘shit’ video and sent it over.  I wasn’t sure about what to talk about as TEDx is a very different format, but your feedback was fantastic. It made me change everything.    It allowed me to see immediately what I wanted to do.  And I realised something I had never thought of before.  So, I was sharing an idea which I didn’t even have in my mind until I started this process.

And the feedback is so essential – because you are far too close to your own stuff, but it also needs to be from someone you trust because we all have fragile ego’s!  And if it wasn’t for your ability to ‘spot the gap’ I would have had a very different TEDx

So, you’ve changed your talk, fast forward to 12th December (the day before) and the 13th, how was that for you?

Well, I was at my daughter’s place in Tenerife, which was great as I was walking up and down the beach practicing.  And then the bag I had everything in – dress, make-up etc – was stolen.  The day before the TEDx,  I was in the capital of the island trying to shop and everything I put on was terrible.  So, I went into the most expensive shop I could find and there I found “The dress”.  It was a fabulous dress and really helped my confidence on the day.

And so, we are at December 13th 2019, what was going on for you when you arrived.  Can you share your experience of the day?

I was nervous of course, I always get nervous when speaking.  So,I had to remember to keep in peripheral vision to control the nerves, and they were a lovely audience.  I lost my place a couple of times, but I just breathed and asked myself what the audience needed to hear from me next.  I was shaking, but I was able to control my voice.  I had invited a lawyer there, and I was worried about what she would think because I do kind of attack the legal profession, but she liked it.  I also invited a client – and before the talk she had been saying she wanted her husband killed.  During the talk, she was in tears and it helped her in a massive way, it changed her thought processes.  And if it is just that one person it made a difference to, then it was worth it.

I don’t think it was just one.  A number of people mentioned to me that they loved your talk.

Yes, it was so lovely to hear the feedback and it does make it all worthwhile when you can see that what you have said has made a difference.

When you came off stage, you rocked the dress and then it was Christmas.  And afterwards, we had a long wait.  What were you thinking?

I was concerned as I had mentioned Extinction Rebellion and I was worried that TED would think it was political and they wouldn’t allow it.  I was really worried.  When it did finally go up on Youtube, I was so relieved.

Well to be able to say you are a TEDx speaker does impress people, as it’s not something everyone can do.  It’s been great for positioning.  For me, I want to use the talk, refine it, and take it into the workplace.  I think divorce done wrong is a big mental health issue, and I want to make this talk accessible.  Which I think is possible now.

I now have a lot more confidence to approach organisations, and I now put my hand up for all speaking opportunities. So I would say – it’s an amazing experience – go for it!

Watch Suzy’s talk about how to keep everything out of court, and amicable in divorce here